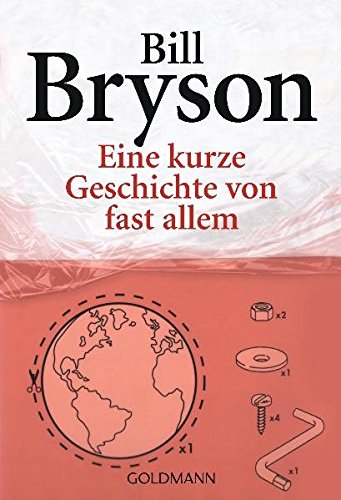 A Short History of Nearly Everything by American-British author Bill Bryson is a popular science book that explains some areas of science, using easily accessible language that appeals more to the general public than many other books dedicated to the subject. It was one of the bestselling popular science books of 2005 in the United Kingdom, selling over 300,000 copies.A Short History deviates from Bryson's popular travel book genre, instead describing general sciences such as chemistry, paleontology, astronomy, and particle physics. In it, he explores time from the Big Bang to the discovery of quantum mechanics, via evolution and geology.

Interestin and well-written overview, but sometimes it relies too much on the reader's knowledge of the geography of the USA, which can be tricky for people from other countries. The Dutch translation is also a bit weird at times, a good editor would certainly have helped.