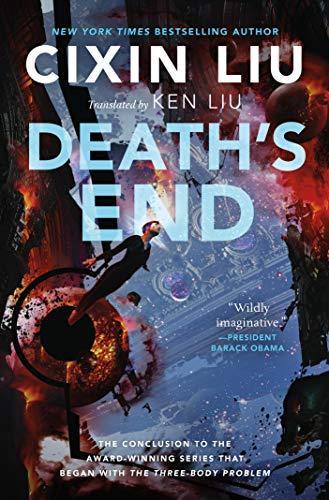 Death's End (Chinese: 死神永生, pinyin: Sǐshén yǒngshēng) is a science fiction novel by the Chinese writer Liu Cixin. It is the third novel in the trilogy titled Remembrance of Earth's Past, following the Hugo Award-winning novel The Three-Body Problem and its sequel, The Dark Forest. The original Chinese version was published in 2010. Ken Liu translated the English edition in 2016. It was a 2017 Hugo Award for Best Novel finalist and winner of 2017 Locus Award for Best Science Fiction Novel.

I'm still absolutely blasted by this triology. The last book is less like a novel but rather like a documentation or diary. The content is still very dense and sprinkled with bright ideas. It's stunning to what level detail the author thinks about the future of not only the earth but the universe.
The descriptions are still very colorful and intense.